India’s leading magazine ‘India Today’ has committed an unpardonable fraud in journalism. The magazine tried a dramatic photo shoot session by taking some of the protesting farmers from Tamil Nadu in Delhi’s protesting area Jantar Mantar to a nearby Greater Noida farming area. Social Media is abuzz with photos of the blatant violation of journalistic ethics where India Today’s cameramen are directing poses for three farmers with some skulls.

The photos exposed the fact that the magazine photographers were directing the poses to the farmers for their next edition. Internet warrior Media Crooks came out with a scathing attack on India Today Group Chairman Aroon Purie for choreographing the Tamil famers in Noida farm lands.

Moreover, India Today TV’s Consulting Editor Rajdeep Sardesai’s role in this questionable activity also needs to be mentioned. This incident happened hours after Rajdeep did a few live shows with the protesting farmers in Jantar Mantar and started stressing on the skulls dramatically displayed by this doubtful gang of Tamil Nadu politicians.

In the past, Rajdeep has invited controversies with questionable and dramatic coverage in Cash For Vote Scam in Parliament in 2008. The journalist who covered this dramatic sting operation had deposed before a court that he was directed by Rajdeep on this fraud operation. Once Prime Minister Narendra Modi had criticised Rajdeep in his interview with veteran writer Madhu Kishwar for his inflammatory reporting and frauds in covering Gujarat riots of 2002. For the past few days, through his tweets Rajdeep was trying to fan flames portraying Tamil Nadu farmers’ dramatic protests as a national issue.

Many media groups have been fabricating fake evidences to prove their perception. It is not first time they have been caught. This is a clear instance of Presstitution by India Today. Unpardonable fraud on Journalism. Aroon Purie and Raj Chengappa owe answers to the nation. 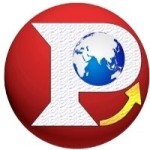 Media and Issues of Responsibility